Warner Bros have released a fourth TV trail for the Dark Shadows movie. The new spot begins airing in the US this weekend and can be viewed in the window above.

Screengrabs of some the new footage included can be seen below, showing the Collinwood mansion at night; Angelique (Eva Green) leading a mob through woodland; Collinwood at day; Barnabas Collins (Johnny Depp) in an awkward encounter with Victoria Winters (Bella Heathcote); Barnabas on the prowl; And finally, a despairing Elizabeth Collins Stoddard (Michelle Pfeiffer). Click on the images for a larger view.

MPI Home Video have released cover art for the new budget-price reissues of their Dark Shadows episode DVD sets. As previously reported, the revised editions feature identical content to the original volumes in slimline cases with revised cover artwork. Some examples of the new designs can be seen above, and the whole range can be viewed via the links below. The sets are out in April and can be pre-ordered now. 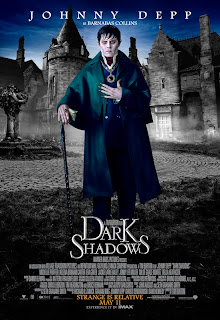 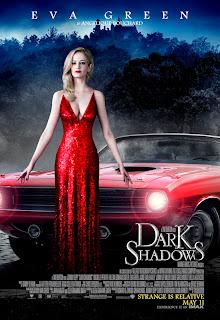 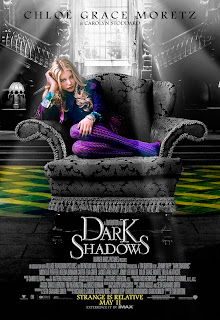 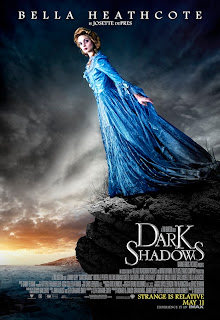 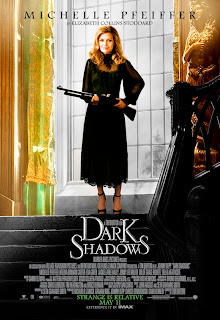 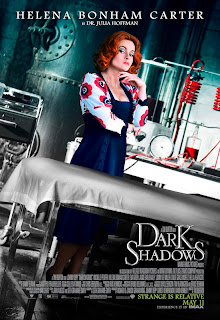 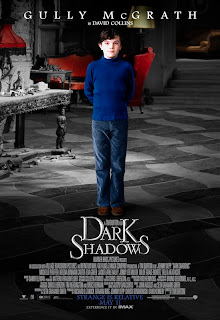 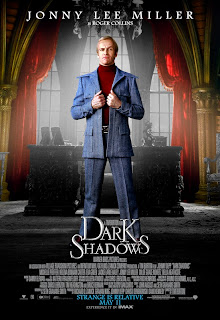 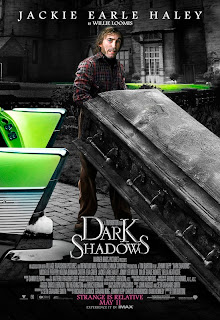 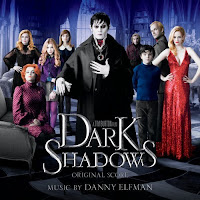 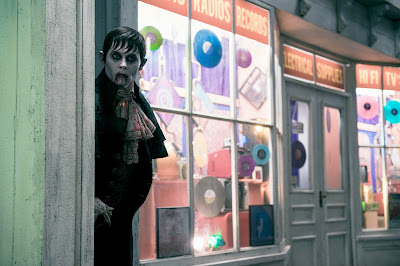 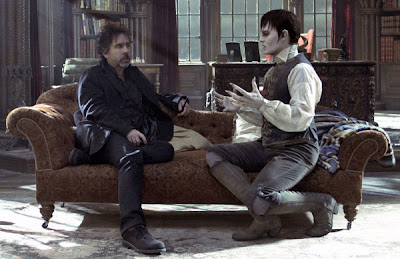 The Academy of Science Fiction, Fantasy and Horror Films have announced they will be holding a special free screening of the movie House of Dark Shadows, taking place in Los Angeles, California on Sunday April 1. The 1970 spin-off film will be shown on the big screen from an original 35mm print.

The event takes place at the Laemmle Royal Theater on Santa Monica Boulevard from 11.00am and is free to academy members, with limited seats available for the general public. Early arrival is advised to avoid disappointment. Babies and young children will not be admitted.
Posted by StuartM at 8:26 AM 2 comments:

As we reported earlier, an unseen one-minute television trailer for the Dark Shadows movie aired during Sunday's season premiere of Mad Men. The new trail can now be viewed in the window above, and includes additional sequences of Johnny Depp's Barnabas arriving at the present day Collinwood, a dangerous encounter with Angelique and a good old-fashioned vampire bite. Click on the images to see larger versions. 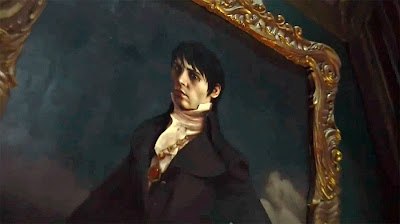 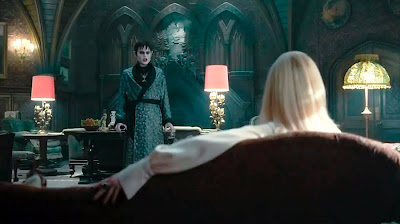 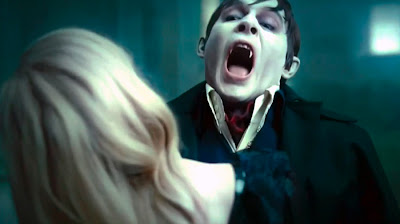 As we reported yesterday, TV trails for the Dark Shadows movie have begun airing in the United States. Another promo for the film debuted last night during the high-profile season premiere of AMC's Mad Men. Courtesy of DSBoards, here are some more high resolution screengrabs of the new sequences featured in the second trail. Click on the images for a larger view.

The pictures show Johnny Depp as a ravenous Barnabas Collins, pouncing on a victim; Barnabas reacting to the twin horrors of the golden arches and a Collinsport pizzeria; the drawing room of Collinwood undergoing renovations; The dilapidated Collins family cannery; Barnabas trying to catch forty winks with an oblivious Mrs Johnson (Ray Shirley); And finally, Barnabas in consultation with Dr. Julia Hoffman (Helena Bonham Carter). 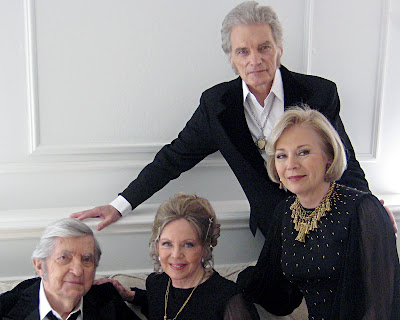 "Here we are, almost ready for our close-up," Kathryn tells us. "Lara and I still had to finish doing our hair!" Both Kathryn and Lara have written about their experiences on the set in the new book Dark Shadows: Return to Collinwood, which features more exclusive photos from the production. You can also keep up with Kathryn's latest activities by visiting her official website.

If you would like to submit an image for Picture of the Week, email webmaster@collinwood.net.
Posted by StuartM at 11:10 AM 4 comments:


Two new television trails for the Dark Shadows movie have begun airing in the US, featuring more unseen footage not included in the initial trailer. Both can be viewed in the windows above, with screen captures of some of the added shots seen below. Click on the images for a larger view. 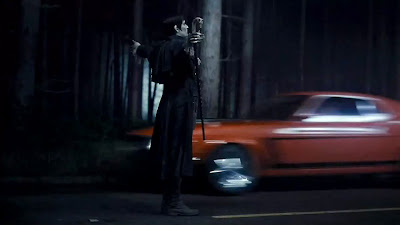 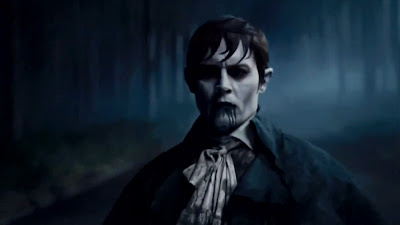 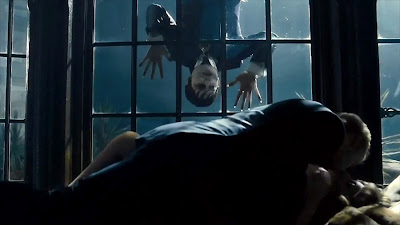 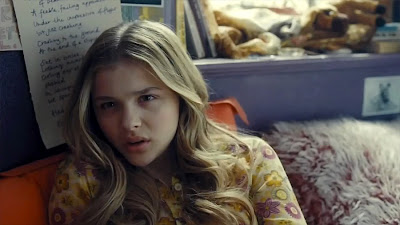 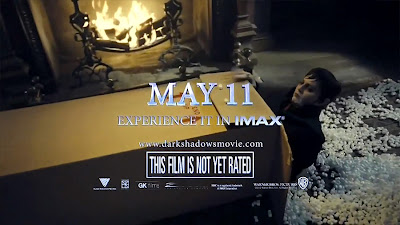 Nail care specialists Orly have announced that they will be releasing a limited edition collection of nail varnish colours to mark the release of the new Dark Shadows movie. The range is due to launch in May, just before the film's debut.

The four colours are: Grave Mistake (a macabre red), Buried Alive (a copper brown shimmer), Mysterious Curse (an iridescent purple) and Decades of Dysfunction (a creamy pink). The shades will be available at selected specialist outlets and can be ordered by clicking on the hyperlinked titles.
Posted by StuartM at 6:26 AM 3 comments:

Warner Bros have issued a new image from the Dark Shadows movie, showing Johnny Depp's Barnabas posing in the hall of Collinwood beneath his portrait. Click on the image for a larger view. 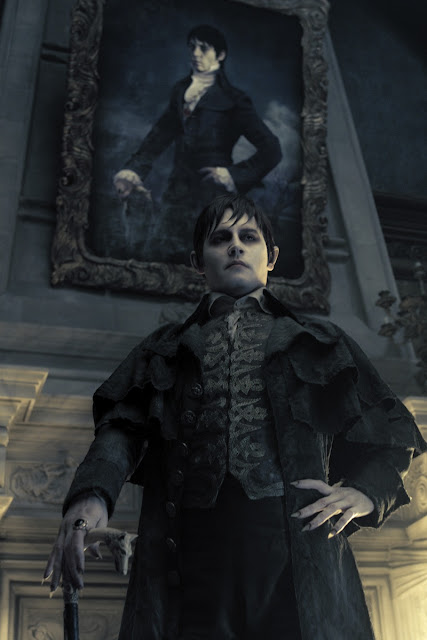 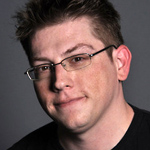 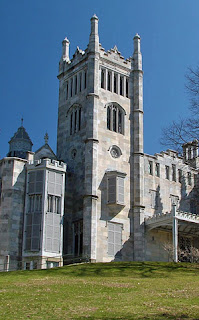 The Dark Shadows Festival has announced that it will be hosting a weekend of events this July in Tarrytown, New York, with guests from the original series. Saturday July 28 sees a fan day held at the Lyndhurst Estate, the location used for Collinwood in the original Dark Shadows movies, with a celebrity luncheon taking place in Tarrytown on Sunday July 29.

Jonathan Frid (Barnabas Collins), Lara Parker (Angelique) and Kathryn Leigh Scott (Maggie Evans) will be in attendance, along with other surprise guests. The Saturday Lyndhurst activities include a tour of the estate, guest talks, autographs and a presentation from David Selby (Quentin Collins) giving his Dark Shadows movie memories via pre-recorded video.

On the Sunday, the Festival will host a celebrity luncheon at the nearby DoubleTree Hotel, offering a three-course meal with the celebrity guests, door prizes and complimentary Dark Shadows gift bag.

The Tarrytown DoubleTree Hotel is offering a discount rate for weekend bookings in conjunction with the event. For more information, telephone 914-631-5700 and mention Dark Shadows.

Full information and registration details will follow on the Festival's website in due course, and you can also receive advance information via mail, by sending a self addressed stamped envelope to Dark Shadows, P.O. Box 92, Maplewood, NJ 07040.
Posted by StuartM at 1:05 PM 4 comments: