Last month the Dark Shadows Festival teamed up with Los Angeles' historic Vista Theatre to host a special fan party marking the premiere of the Tim Burton Dark Shadows movie. Nearly 500 fans joined guests from the original series to watch House of Dark Shadows and the new film on the big screen. Courtesy of our friends at the Vista, we are pleased to be able to share some photos from the event. 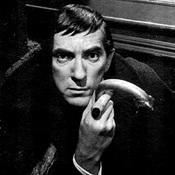 Warner Bros. have released some unseen cast portraits from the Dark Shadows movie. Shown are Bella Heathcote as the ghost of Josette duPres; Johnny Depp as Barnabas Collins; director Tim Burton with Barnabas' umbrella; and Burton pictured with Helena Bonham Carter as Dr. Julia Hoffman. Click on the pictures for larger views. 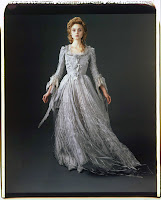 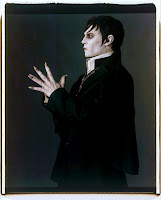 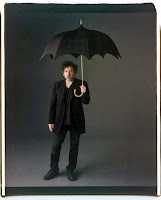 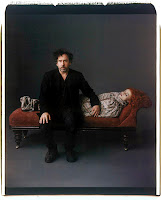 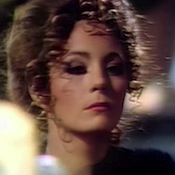 It was with sadness that we received news about the death of actress Elisabeth Eis, who passed away on January 6 at the age of 68. She had been suffering from Parkinson's disease.

Elizabeth appeared in Dark Shadows throughout 1970 as Nelle Gunston, Buffie Harrington and Mildred Ward. It was as barmaid Buffie that she made her most memorable performances. Recorded at a time when many of the show's regular cast were absent filming the House of Dark Shadows movie, the reduced company gave Elizabeth a chance to shine. Her character's relationship with the maniacal John Yaeger was a high point of the parallel time sequence, and stands as one of Dark Shadows' most adult storylines.

Elsewhere, her credits included roles on Guiding Light and Mrs. Columbo, while on Broadway she appeared in Rosencrantz and Gildenstern are Dead. To read a tribute written by one of her classmates at Carnegie-Mellon, click here. Our condolences go out to all of Elizabeth's family and friends.
Posted by StuartM at 6:51 AM 2 comments: 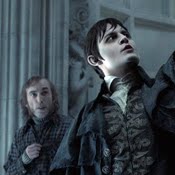 The Dark Shadows movie has now been out for a month and the film's global takings have recently passed the $190 million mark. Box Office Mojo reports that, as of this weekend, the film has taken approximately $72.7 million within the US, with a further $120.5 million overseas.

While performance in the US has been respectable, if a little subdued, overseas Dark Shadows has enjoyed strong business in a number of territories. Key performers include the UK ($9.7 million), Australia ($9.4 million), Russia ($11.1 million), France ($14.2 million) and Japan ($18.6 million). The film should pass the $200 million mark this week, as a second wave of releases begins in South America. Elsewhere in the Dark Shadows world... 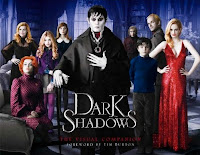