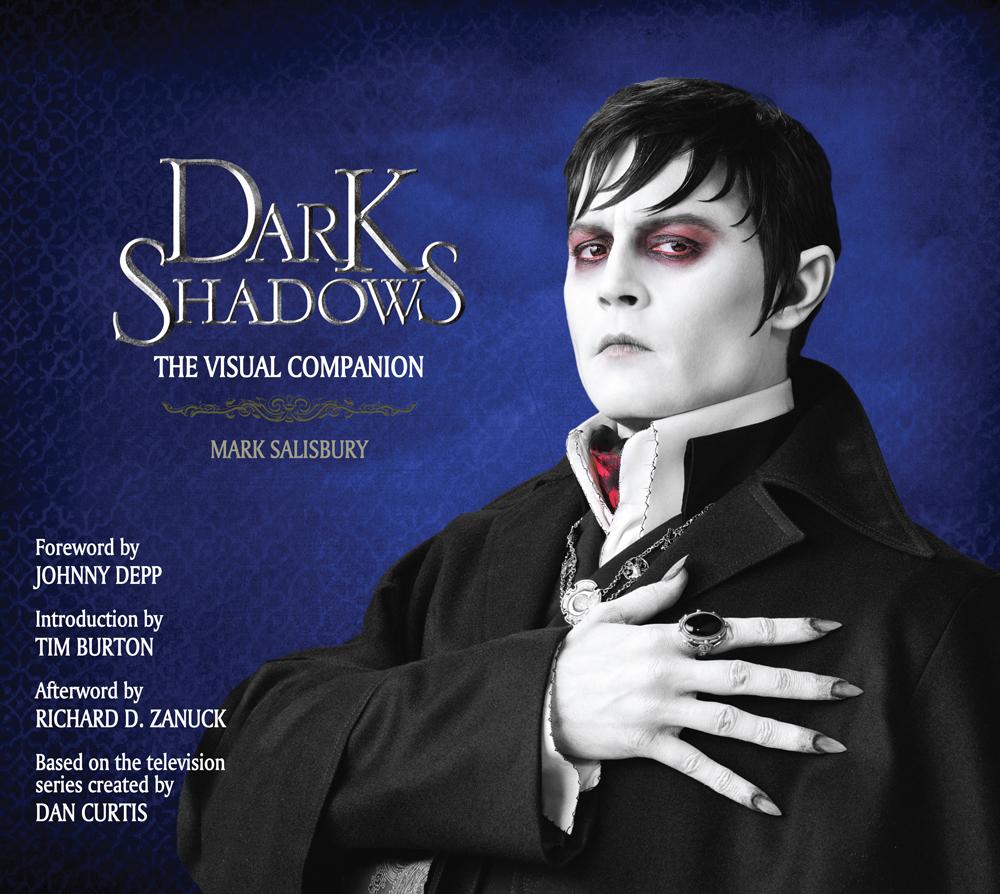 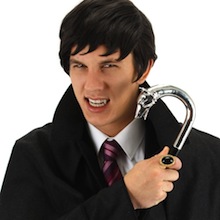 Costume company Elope have announced two new additions for their range of licensed Dark Shadows items. Following last year's Barnabas Collins cape, wig and ring, the company have confirmed that they are expanding their catalogue with a set of Barnabas fangs and a reproduction of the character's distinctive walking cane.

The Barnabas Collins fangs are out now and can be ordered online by clicking here. The walking cane, which will be made from wood with a metal alloy handle, is due out in January, with a suggested retail price of $32.95. It can be pre-ordered now by clicking here.
Posted by StuartM at 2:10 PM 2 comments: 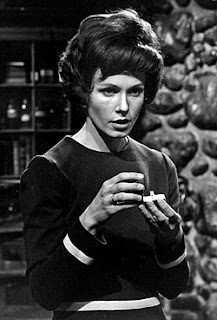 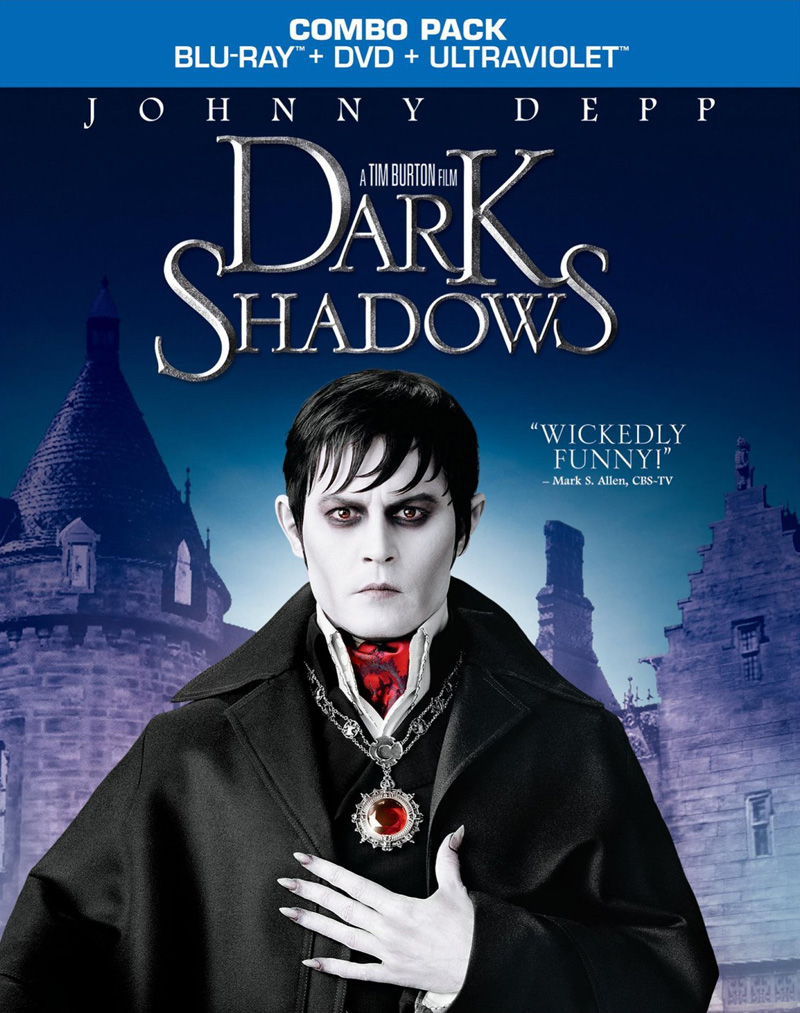 The recent Dark Shadows movie from Tim Burton has been announced for home video release on October 2, just in time for Halloween, available on DVD and special edition Blu-Ray. Warner Bros. have confirmed the following bonus features for the Blu-Ray version:
The only additional content on the DVD edition will be The Collinses: Every Family Has Its Demons featurette. To pre-order Dark Shadows on Blu-Ray at a discount price, click here; To pre-order on DVD, click here. Shown below is cover artwork for both editions. Click on the thumbnails for a larger view. 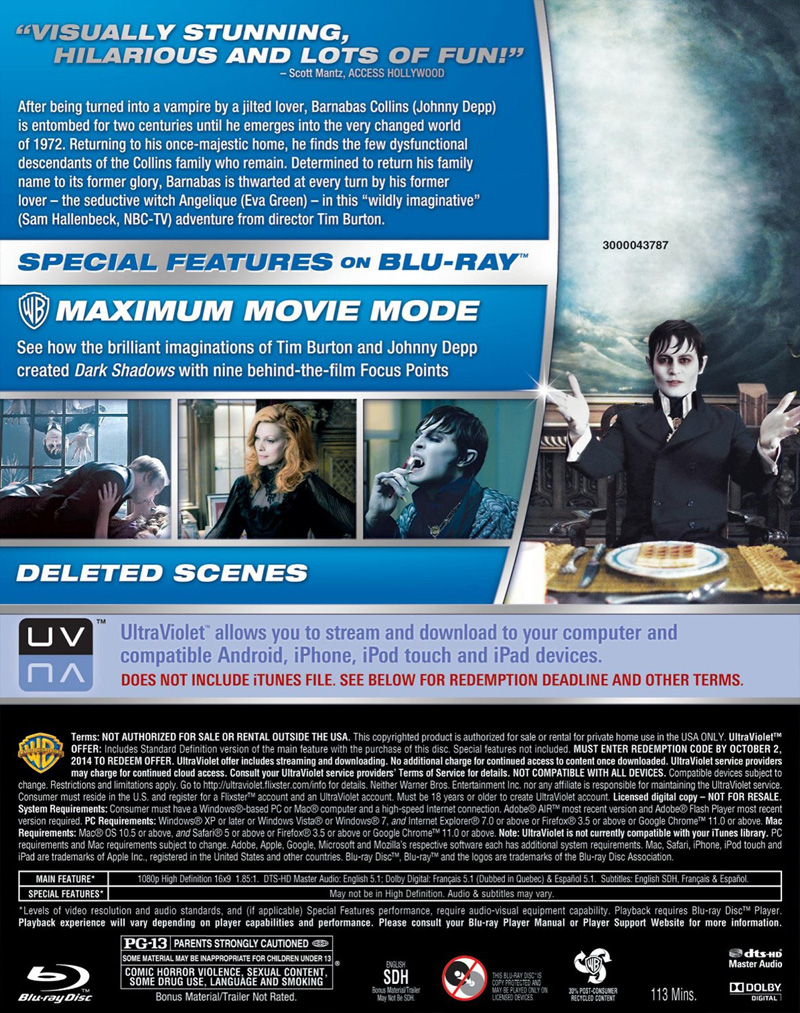 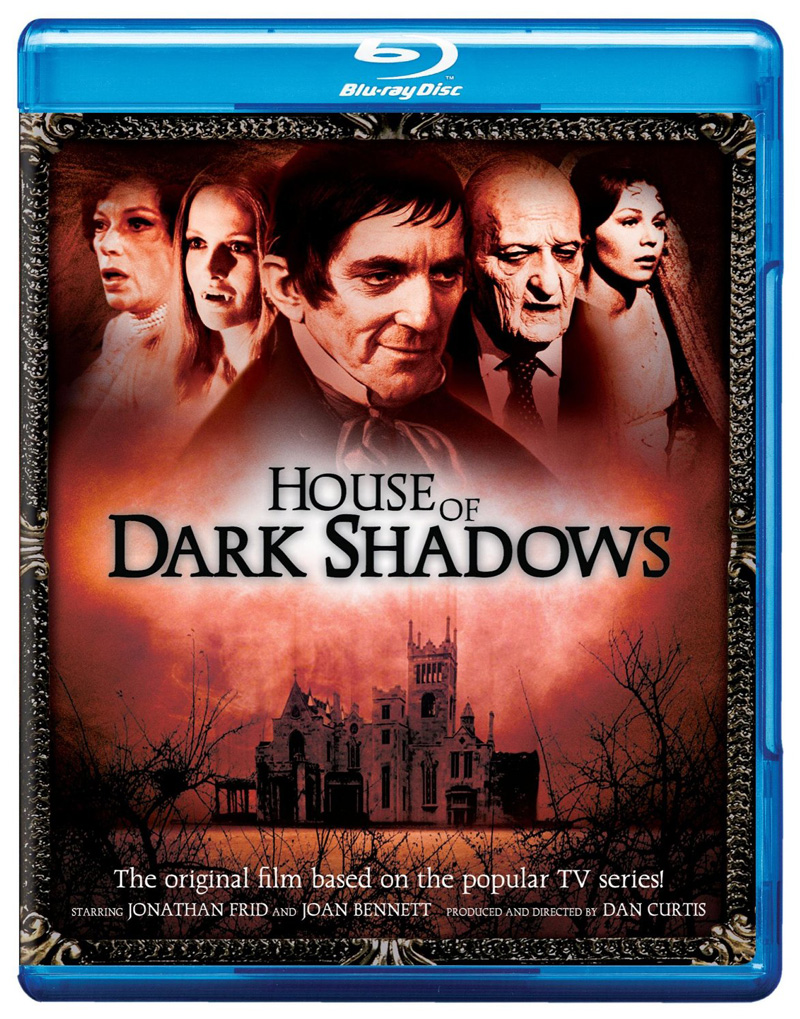 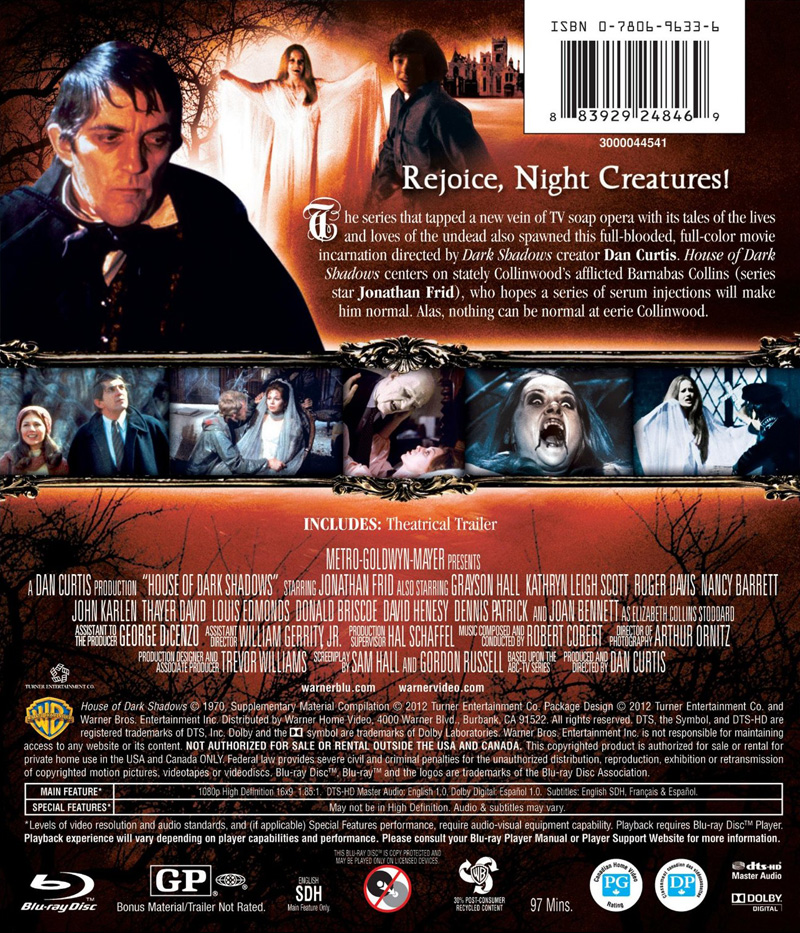 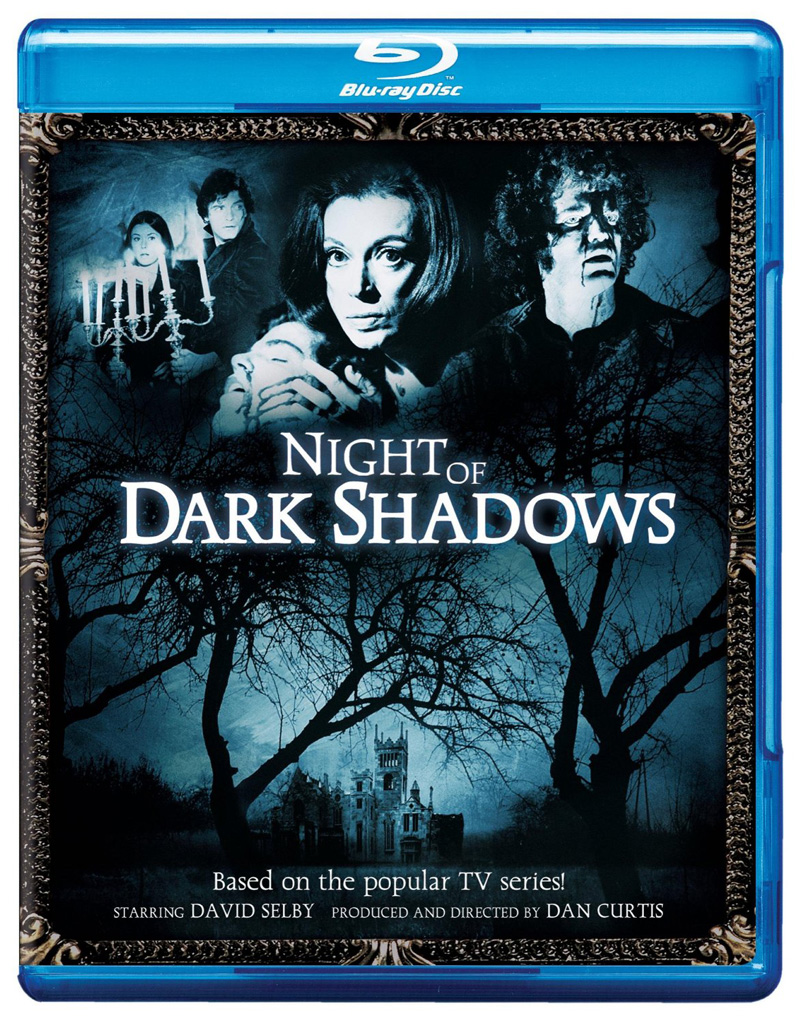 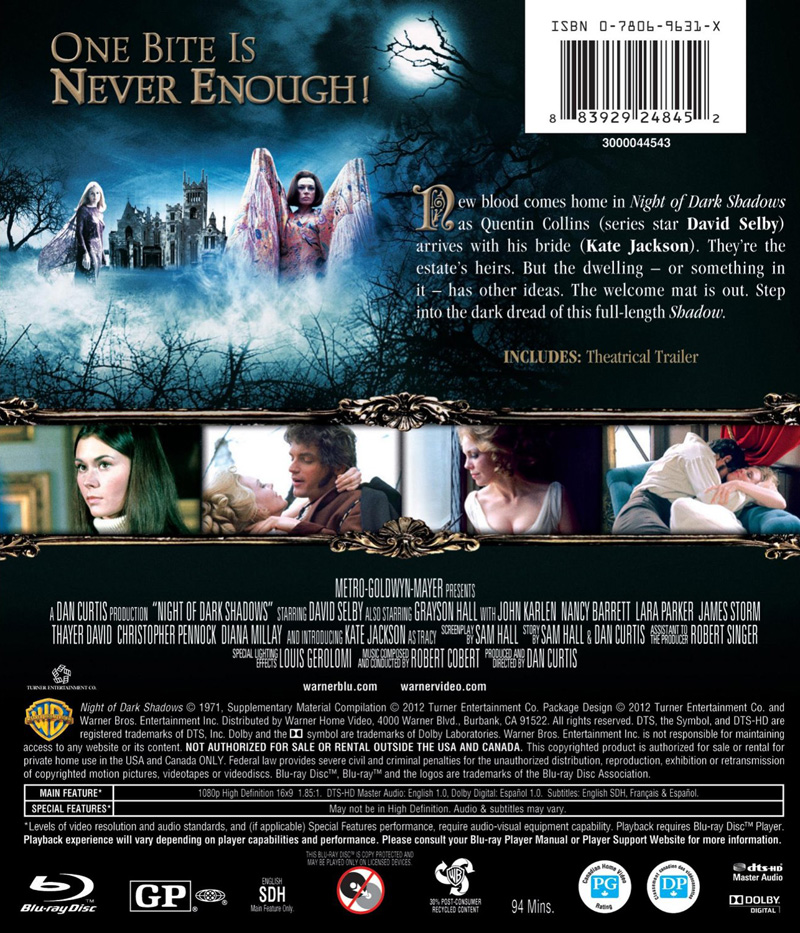 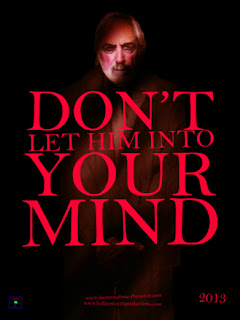 Three classic Dark Shadows actors have been reunited for the forthcoming independent film Dr. Mabuse, based on the classic character made famous in the films of Fritz Lang. Jerry Lacy (Reverend Trask) stars in the title role, with appearances from Kathryn Leigh Scott (Maggie Evans) and Lara Parker (Angelique).

"I've wanted to make a Dr. Mabuse film since I was 16 years old," says the film's writer and director, Ansel Faraj, who developed the project with the Dark Shadows cast in mind. "The whole time I was writing, I kept thinking 'Wouldn't Jerry Lacy be diabolical as Mabuse?', but I never thought I'd ever get him – it was just a pipe dream. The same thing happened with Madame Carrozza and Madame Von Harbau. As I was writing, I kept imagining Lara and Kathryn in the roles. Imagine my excitement when they all agreed to play these parts."

Ansel has nothing but praise for his actors. "Jerry is unnerving as Mabuse – the way he uses his voice and his eyes... he's very threatening. Kathryn and Lara's characters are quite complex, but with just a glance or a gesture they convey so much. There's a lot more to them than meets the eye, and they both really nailed that. I think Dark Shadows fans are going to be excited to see Jerry, Kathryn, and Lara on screen together in these roles. It's been a great thrill to work on this movie with this cast." 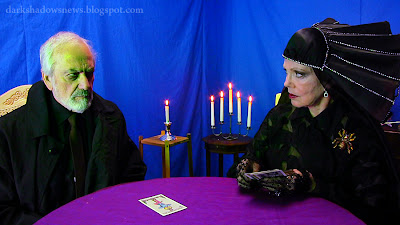 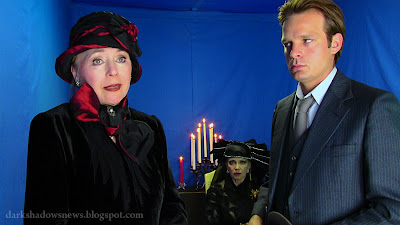 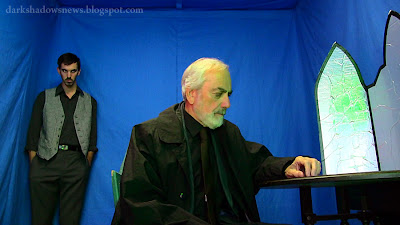 Images © Hollinsworth Productions
Posted by StuartM at 9:52 AM 4 comments: 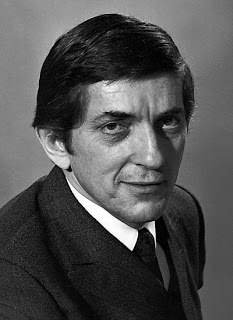