Warner Bros. have released a selection of unseen deleted scenes from the recent Tim Burton Dark Shadows movie, ahead of its home video release next week. These segments will be included on the special edition Blu-Ray, along with a selection of behind-the-scenes featurettes and other bonus content. 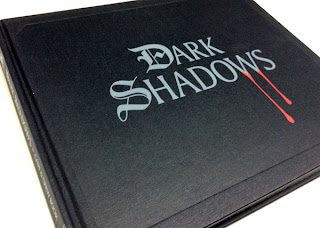 Recently I was lucky enough to obtain a copy of the Dark Shadows movie cast and crew book. This hefty 200-page limited edition hardback was produced as a gift to people who worked on the film and was never made available to buy.Only 1,000 copies were produced and mine is number number 398. It's a beautiful collection of of unseen backstage photography, with comments from cast and crew, including director Tim Burton and the big screen's Barnabas Collins, Johnny Depp.Seen below are some glimpses from inside the book, including a wry little nod to this very blog. Click on the thumbnails for larger images. Don't forget, the Dark Shadows movie comes to Blu-Ray and DVD on October 2 and is available to buy now in Instant Video download format by clicking here. 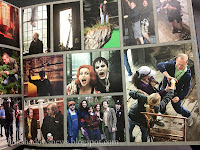 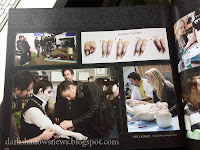 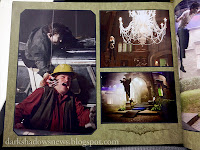 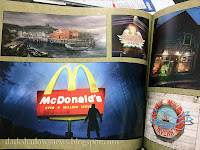 As we recently reported, Dark Shadows actresses Kathryn Leigh Scott (Maggie Evans) and Lara Parker (Angelique) have been visiting Atlanta, Georgia this week to meet fans of the show. Lara and Kathryn took time out to discuss the show on NBC-11 Atlanta, video of which can be viewed below: 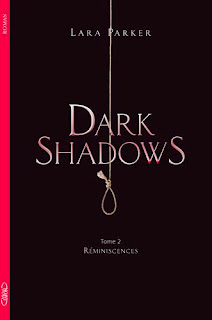 Angelique actress Lara Parker's Dark Shadows novel The Salem Branch has just been published in a new French translation by Michel Lafon. This follows on from the various international editions of Lara's first novel, Angelique's Descent, that were released earlier in the year. The French version has been retitled Reminiscences and the cover artwork can be seen right. To order the book online, click here.

In other Dark Shadows publishing news, Big Finish Productions have confirmed some upcoming audio dramas on CD. Speak No Evil has just been released, with The Last Stop with Jerry Lacy (Tony Peterson) out later in September, Dreaming of the Water with Christopher Pennock (Sebastian Shaw) and Kathryn Leigh Scott (Maggie Evans) in October, with The Haunted Refrain following in November and A Collinwood Christmas in December. To order online, click on the hyperlinked titles.
Posted by StuartM at 5:25 AM No comments: 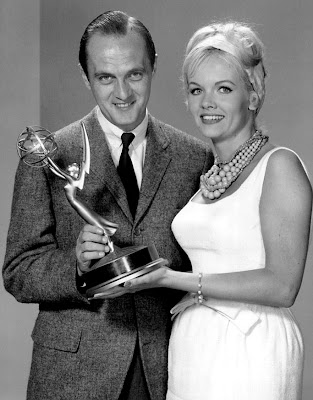 After a brief hiatus, Picture of the Week is back with a May 1962 shot of Diana Millay (Laura Collins) posing for Emmy Award publicity with Bob Newhart, in her official capacity as that year's Miss Emmy.

Chosen to represent the awards on behalf of the Los Angeles Chapter of the Television Academy, Diana was duly dispatched with a photographer to seek out a backstage scoop. "Being a methodical, if not a method actress, Diana researched the Emmy statuette in the process of its manufacture," reported The Miami News, concluding that: "There's no doubt that the creation of the five-pound 'Golden Girl' never had a prettier observer."

If you would like to submit an image for Picture of the Week, email webmaster@collinwood.net.
Posted by StuartM at 5:40 AM 1 comment: